Most of the time when I tell people that I am a pathologist, the typical response is: “You do autopsies all the time?” or “I guess your patients don’t talk back because they’re dead, right?”. Maybe pathology gets that reputation because the pathologists most known in popular culture are the pathologists associated with death and forensics. Two examples are Quincy (entirely fictional medical examiner character from the 70’s TV show of the same name) and Jack Kevorkian (the proponent of assisted suicide who went to jail for it). Another example is Michael Baden, a former NYC medical examiner who had a show on HBO for a while.

The truth is, I haven’t performed an autopsy in many years, and most of the pathologists I know haven’t either. 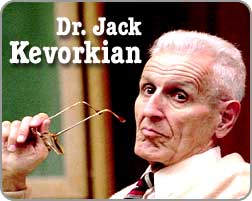 Anatomic pathology covers anything that comes out of the operating room or any tissue or fluid that comes from a person. Anything that can be made into a slide, stained and looked at under a microscope.  Have you had an operation where something was removed? Chances are a pathologist was looking at your specimen and there is a report with your name on it. Have a biopsy by your friendly neighborhood gastroenterologist? He or she sent your tissue to a laboratory where a pathologist looked at it and said you have inflammation or reflux. Have you had cancer? A pathologist was the person who made your diagnosis and set in motion your treatment plan by guiding your oncologist and surgeon. In most cases you will never see the pathologist, but know that the pathologist has thought about you, seen more of you than you may realize, and talked about you with your doctor. As pathologists, we know that every slide represents a patient who is waiting for a diagnosis, and sometimes that diagnosis is life changing.

If you are a patient at our Cytodiagnostic Center for a biopsy, you will see me, a pathologist, who will perform your biopsy procedure and look at your slides under the microscope. After reviewing your slides, you will receive your preliminary diagnosis directly from the pathologist, and you will know what’s going on even before your doctor does. In cases of significant or positive findings, your doctor will be called with the results. Otherwise, final reports are issued usually within 24 hours of the procedure, expediting communication of vital information that directly impacts your treatment, should treatment be required. And you will know why the pathologist is the most important doctor that patients never get to meet.