Of course I’m talking about salivary gland tumors.  They might not actually make your mouth water, but they are a variable group of tumors that occur in the salivary glands and can be either benign or malignant.  Most them grow slowly and you might not even notice the lump in your cheek until someone tells you about it.  Patients who come to our Cytodiagnostic Center are often referred for salivary gland lesions, and we perform ultrasound guided FNA biopsies on a regular basis. 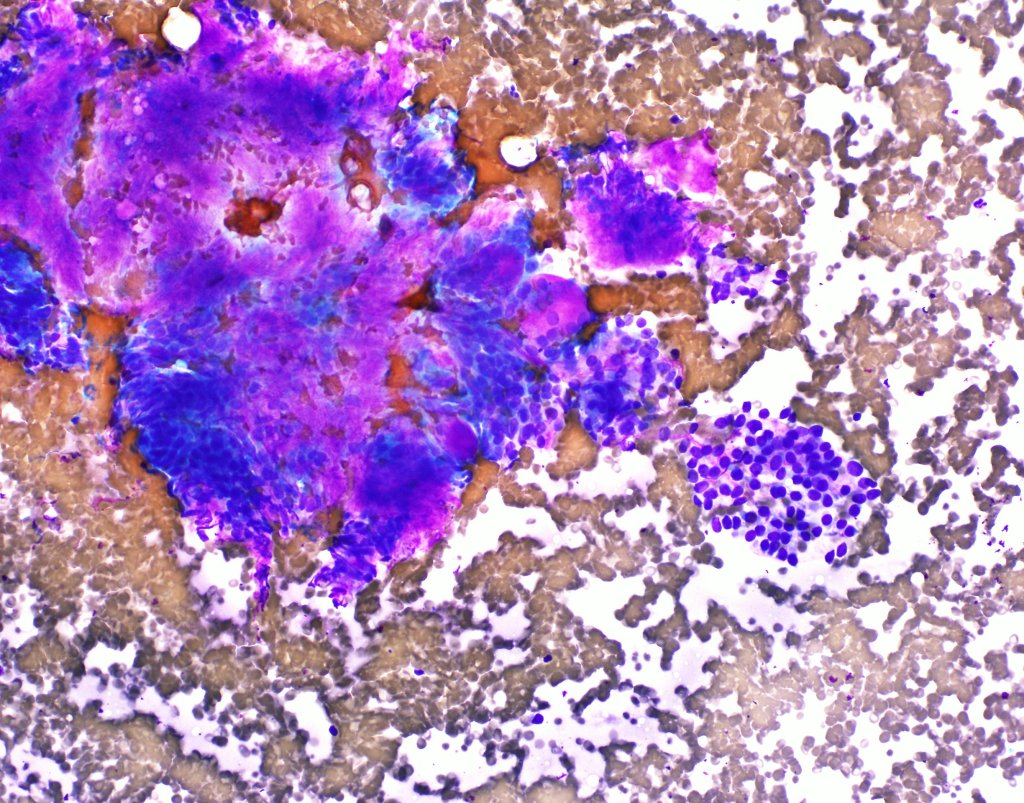 The most common benign tumor in the salivary gland is called a pleomorphic adenoma, AKA benign mixed tumor. It usually grows very slowly in the major salivary glands, most commonly the parotid gland, which is located in the cheek and upper neck. It will feel firm to the touch, and might be moveable.  Fine Needle Aspiration (FNA) shows small bland looking cells, called epithelial/myoepithelial cells and chondromyxoid matrix, which stains a very pretty pink/magenta color.  The chondromyxoid matrix is what makes the tumor feel firm, because it’s like cartilage. It also might be the reason why these tumors don’t usually give cellular aspirates, so the diagnosis can be difficult if the suspicion is there.  These tumors rarely transform to cancer, although when they do it’s called a “carcinoma ex-pleomorphic adenoma”. This is usually a diagnosis that is made after the entire tumor is surgically removed, and I personally have never aspirated a case of this. Treatment of a pleomorphic adenoma is usually surgical, which is typically performed by an ENT surgeon.  It usually does not recur if it is entirely removed. 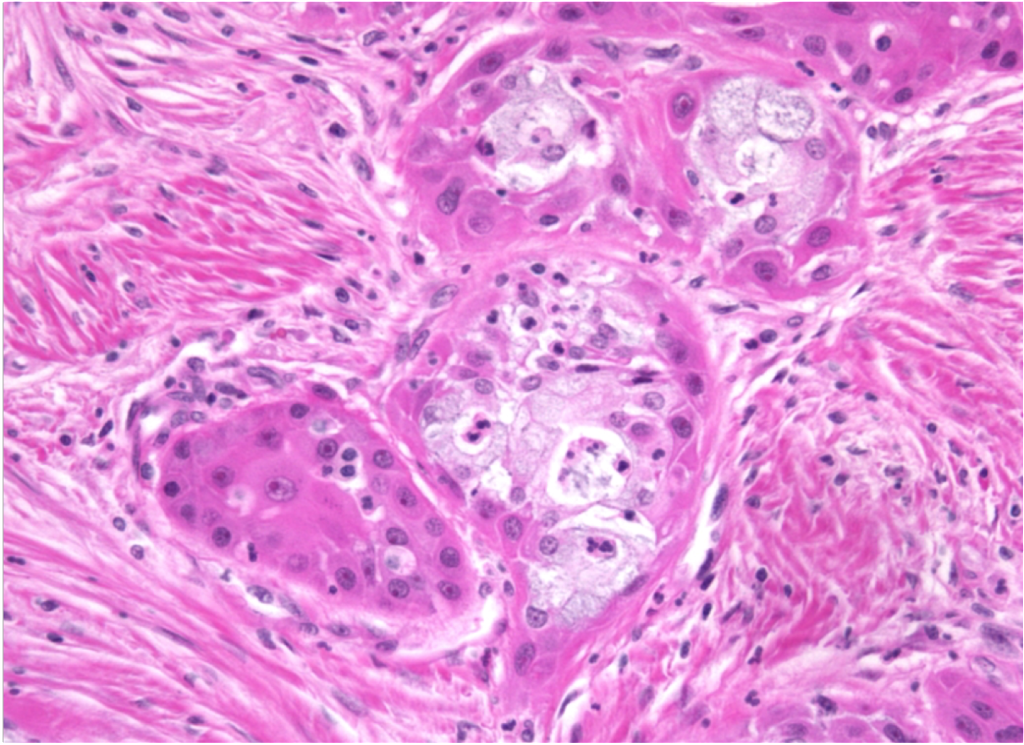 Warthin’s tumor is also a benign salivary gland tumor that occasionally presents for FNA biopsy. This is a cystic tumor, which means it contains fluid, along with oncocytic cells and lymphocytes. It has a very characteristic cytologic appearance, and if all the elements are present, the diagnosis of Warthin’s tumor is not very difficult to make. Usually Warthin’s tumors occur male smokers over the age of 40. 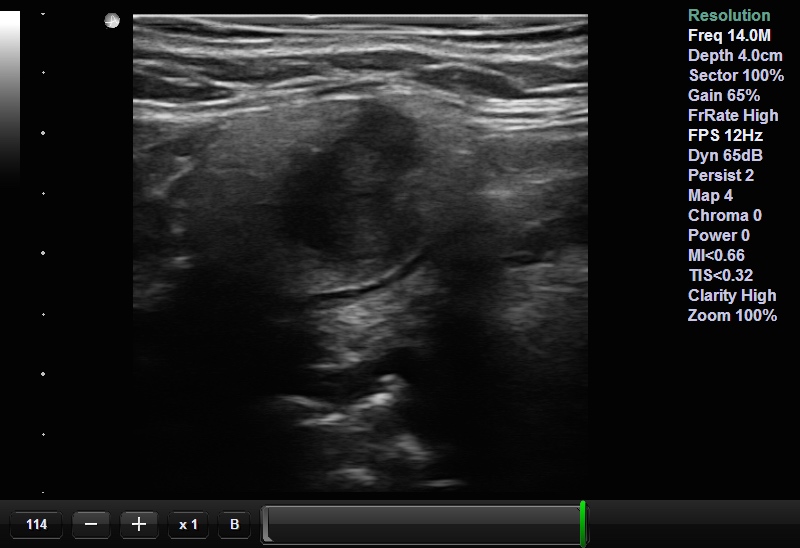 Malignant lesions of the salivary gland include mucoepidermoid carcinoma, squamous cell carcinoma, adenoid cystic carcinoma and acinic cell carcinoma. These are the most common, but still are rare in the general population.  Of these, mucoepidermoid carcinoma is the most common malignant tumor in the salivary glands, and usually occurs in the parotid gland. It has a wide age distribution, both young and older adults, and has no predilection for gender. Treatment is usually surgical excision, combined with radiation therapy.

The above is by no means an exhaustive list of salivary gland tumors. This is merely a sampling of the most common tumors that may be encountered, and another reason why a patient may present for an USFNA at the Cytodiagnostic Center.